Slightly delayed start, as I waited for the rain to stop. I did sort out my house insurance whilst I was waiting and got a vastly better deal from Ecclesiastical (about a 1/5 of what my previous insurer had wanted after the flood!)

When the rain had stopped, I started the day at Harlech beach car park just down the road from the touching post at the station … So when I come back later I will complete the loop, touch the start point and walk the missing bit of the path. The first mile or so was on Harlech beach and the tide was right in. When I got to the steps I needed to climb, they were still being bashed by the high tide – so I had a coffee so the water could recede abit – which it did and I managed to dodge the waves to get to the bottom of the stairs.

What followed was a stiff climb up to Llanfair and down to Llandanwg. As there was an open café I succumbed to another coffee! At this point I was hoping to have a good look at St Tanwg’s church near the beach – as it is a good example of an early medieval church (and would help my church history class in the new year) but again it was locked. A big loop around the estuary of the river artro followed. More dykes and fast flowing rivers…Made good progress and ended up having lunch on a bench on Llandebr station. Dithered for abit but decided to carry on…

A long section around another aerodrome followed, and then a lonely section across a wet land nature reserve, which turned into a dunes based reserve. There were a few brave souls wild camping and eventually I got back to a magnificent sandy beach, near shell island. I was rewarded for my efforts by the sun shining and views across Snowdonia opening out. I was getting conscious of the times of the trains (which are at 2 hour intervals) so the section across the beach was at a pace.

Morfa Dyffryn includes one of the oldest naturist beaches in the UK, it was first established in the 1930s. I was just reaching the end of that section, when I saw a naturist with his fully clothed companion! Shortly after that, I found the path out through the dunes to Dyffryn Ardudwy station, saw a stoat and caught the train with 3 minutes to spare… I touched the bench on the station but didn’t have time to take a picture (so I did that when I returned on Saturday morning!). I got back to Harlech station, touched the starting touching point then and did a final ½ mile back to the car to complete the section. 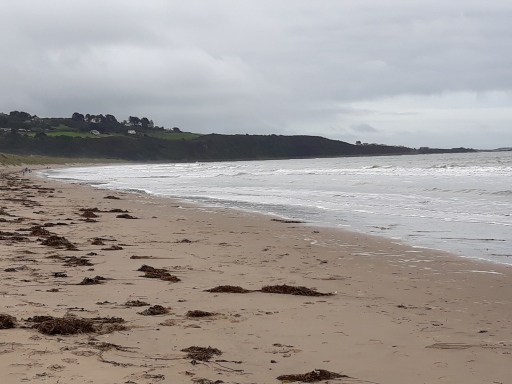 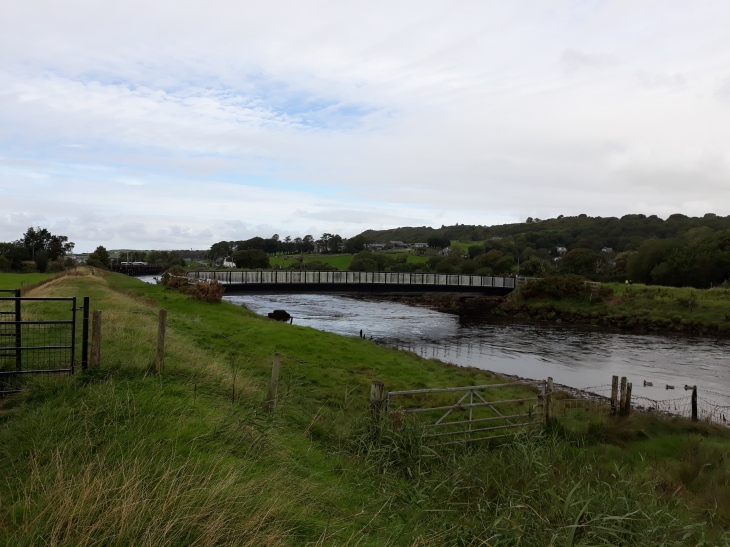 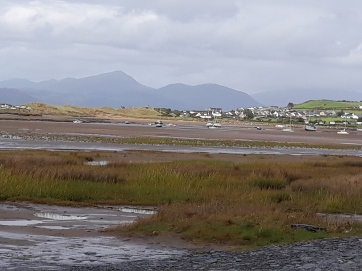 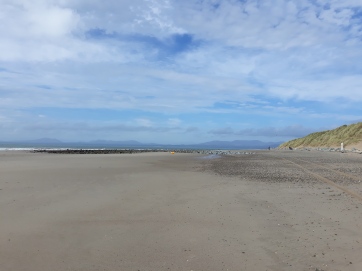 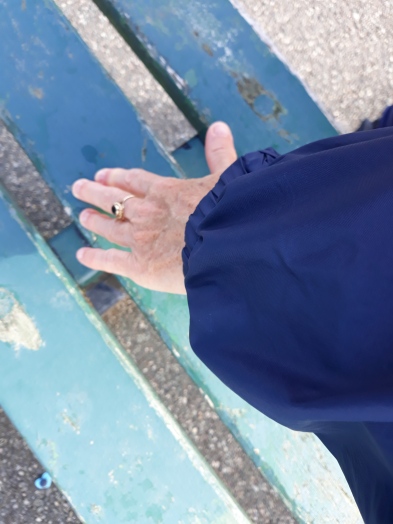 In the evening, I marked up my progress on the Wales map – here is a summary of the story so far

Took a trip to Sidmouth to do some important stuff with my mum, and then returned to Wales to set up a new based camp at Aberdovey.

Decided to let the train take the strain as I had done a lot of driving in the last few days. I walked to the station in Aberdovey and got the train just after 9am – it took over an hour to get back to Dyffryn Ardudwy but I was rewarded with fantastic views from the train, which winds around the coast. I missed a heavy shower too. I touched the bench touching post on the station and set off back to the route. I was soon making reasonable progress across a low section and fields. I had been contemplating that I had not had any solitary bull encounters or really difficult stiles, and both of these promptly featured. Fortunately the bull was very sleepy and didn’t get up, and I did negotiate a number of the stiles (the dry stone wall variety of which I am not fond!). 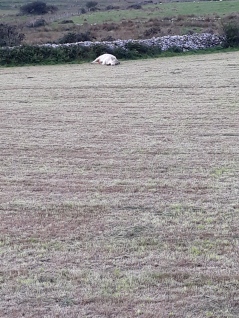 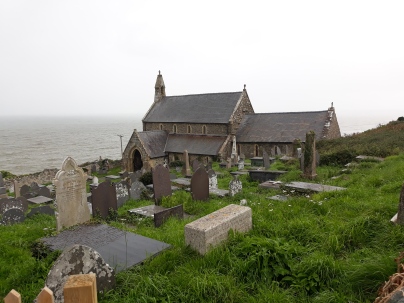 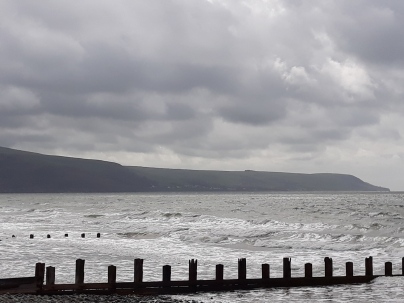 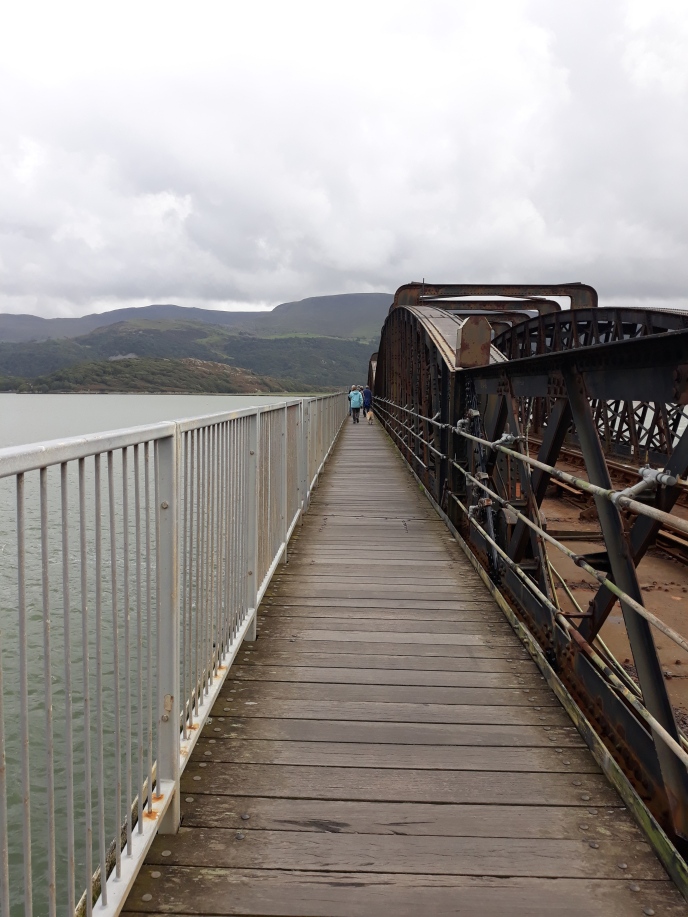 It was a bit of relief to get back to the main road after a particularly awkward dry stone wall stile, I had a breather and a coffee from my flask, and then did the 2 mile section of road. During this the heavens opened, and I got rather wet shortly after I had passed a church in Llanaber, by the time I had got down to the long sea front at Barmouth the rain had stopped. I wound my way into Barmouth, and had lunch in a café – there were lots to choose from!. I decided to cross the bridge for trains, bicycles and pedestrians only to finish the day. I am also not very fond of pier like structures and this was very much one of those with gaps and a mile long. I know it is ridiculous but I don’t like being able to see the water below between the planks!

I touched a touching point where the coast path turns off just before Morfa Mawddach station, and got the train (having a longish chat with a family I had met earlier on the train). 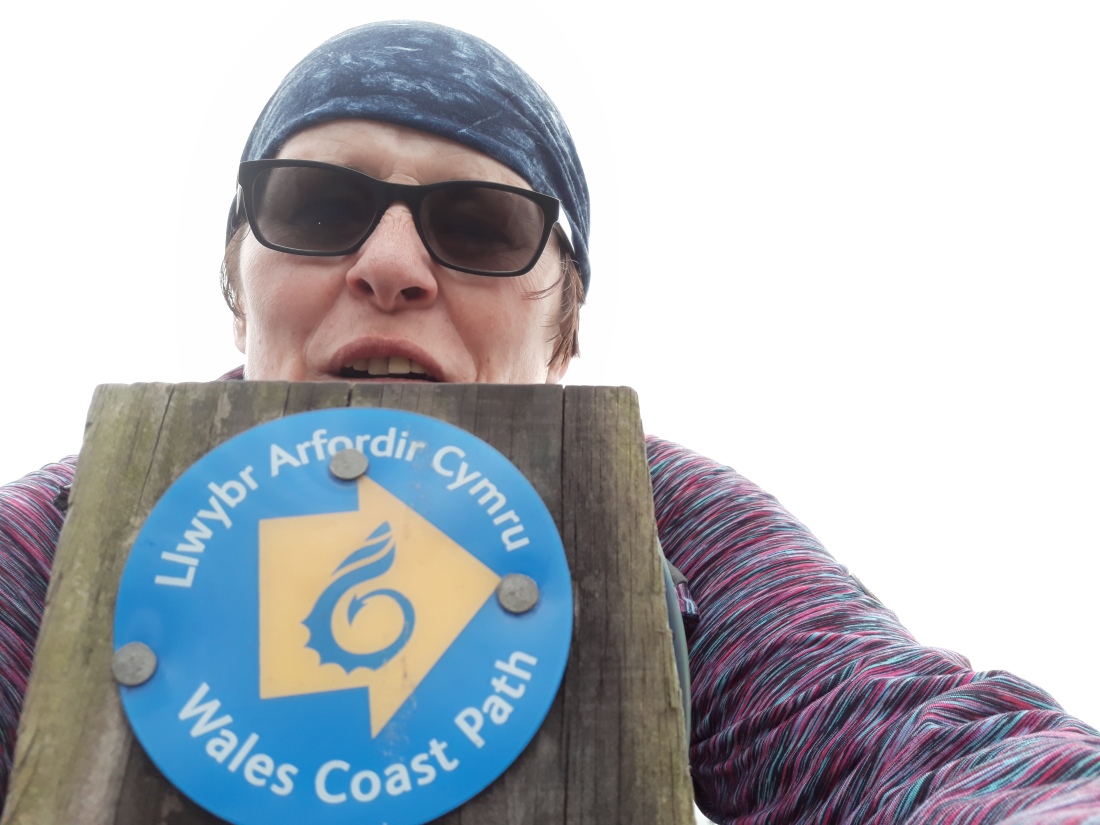